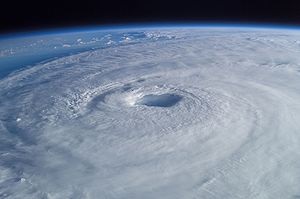 As we recover from the effects of Hurricane Mathew and are back at the office talking with our clients I began to think, “What effects do hurricane’s (can also include nor’Easters) have on the OBX real estate market?” We are 5 days removed from Hurricane Mathew so the physical effects are still very obvious. Standing water everywhere with many homes having taken on water. So what does that mean to my clients and the market?

We have to first take a look at what we are talking about as far as number of storms and their physical impact to our area. I moved to the Outer Banks in 1993, one week before my first hurricane. Hurricane Emily was a Category 3 heading our way. Luckily, Emily went offshore prior to reaching the OBX and although the storm was powerful, what I remember most from Emily is the great surf that it brought. However it did bring record flooding to Hatteras Island. At the time I was a new, young lawyer to the Outer Banks so I wasn’t as concerned, or knowledgeable, as to the economic impact the storm had caused.

To understand the impact of storms, we must also look at how many major storms actually reach our beaches. The Outer Banks is a favorite with the Weather Channel and other weather outlets because we are often seen as being “in the path” of major storms. But my research found that we have only been hit by 1 Cat 3 or higher hurricane in more than 100 years. Cat 3 means sustained winds of 111+mph. That single storm was the aforementioned Hurricane, Emily. That doesn’t mean we haven’t had our share of damage from storms…

2003- Hurricane Isabel- Hit just south of OBX as a Category 2. Isabel was a large storm and caused extensive erosion (Isabel Inlet in Hatteras) as well as damage from sustained winds over a long period causing roof damage and large tree damage.
2011- Irene- often confused with Sandy because the effects on the OBX were similar as caused by Sandy in other states. Irene came up the sound causing extensive flooding along the OBX and a new inlet in Rodanthe (new bridge). I live only a few blocks from the ocean and thought the storm missed us since most of the damage was from soundside flooding. Wow what a mess! Sandy did come up our coast a year later but with less of an impact.

So we have had our share of Hurricanes and in addition, have had some big Nor Easters which can equally impact our economy, but by how much? The reality is that the real estate market is hit to the extent of the nuisance caused by the storm. What I mean by that is, for example, with Hurricane Irene Bay Dr. in Kill Devil Hills and Kitty Hawk Landing in Kitty Hawk were two communities that were entirely under water for weeks after the storm. Obviously, no home sales occurred in these areas during this period. But jump a year ahead and neither of these communities have seen a lasting negative effect from the storm. Isabel caused major beach erosion in Nags Head and the southern OBX and again, home sale activity stifled during this time but the market has returned to mirror the rest of the OBX market in both areas. Irene caused the worst flooding that the beach has seen in 100 years with some westside waterfront communities covered by over 4 feet of water. It took months to dry these communities out and I recall at the time wondering how we would ever be able to sell homes in those neighborhoods. But, again, time heals and the communities are back to normal. The same will happen with Hurricane Mathew. Mathew has also caused major flooding but in different areas than we saw with Irene. This storm’s water is from the rain where Irene was from soundside flooding. And as soon as the water dries up and the homes are repaired I have no doubt that the market will return to normal.

It's not that we “forget” about the effects of these major storms, but its more that we understand that they are not as common as the media may lead us to believe. And most importantly, the effects are not permanent. The beaches will survive and people will always want to live in one of the most beautiful areas in the country!